These behavioral patterns in personality disorders are typically associated with substantial disturbances in some behavioral tendencies of an individual, usually involving several areas of the personality, and are nearly always associated with considerable personal and social disruption. A person is classified as having a personal disorder if their abnormalities of behavior impair their social or occupational functioning. Additionally, personality disorders are inflexible and pervasive across many situations, due in large part to the fact that such behavioral may be ego-syn tonic, and are therefore, perceived to be appreciate by the individual. This behavior can result in maladaptive coping skills, which may lead to personal  problems that induce extreme anxiety, distress or depression. These patterns of behavior typically are recognized in adolescence and the beginning of adulthood and in some unusual.

A defensive mechanism that allows people who aren’t comfortable being openly aggressive get what they want under the guise of still trying to please others. They want their way , but they also want everyone to still like them.

Jane: It’s time to go, we really should get going now.

*Passive Aggressive* Ann: Huh? Oh no, we can leave if you want, I just didn’t get to do everything I wanted to do yet, but no no , we can go I guess.

( Ann got her way without having to openly ask for it )

Characterized by a pattern of excessive attention-seeking emotions, usually beginning in early adulthood, including inappropriately seductive behavior and an excessive need for approval. Hysterical people are lively,dramatic,vivacious,enthusiastic and flirtatious. People with Hysterical Personality Disorder have a high need of attention make loud and inappropriate appearance, exaggerated their behaviors and emotions, and crave stimulation. They may exhibit sexually provocative behavior , express strong emotions with an impressionistic style, and can be easily influenced by others. Associated features include ego centrism, self-indulgence , continuous longing for appreciation, and persistent manipulative behavior to achieve their own needs.

They are prone to become upset or angry in situations in which they are not able to maintain control of their personal or interpersonal environment, although the anger is typically not expressed directly.

Is a class of functional mental disorders involving distress but neither delusions nor hallucinations, whereby behavior is not outside. It is also known as psychoneurosis or neurotic disorder and thus those suffering from it are said to be neurotic.

Is an anxiety disorder that is characterized by excessive, uncontrollable and often irrational worry. For diagnosis of this disorder, symptoms must last at least six months. This excessive worry often interferes with daily functioning, as individuals suffering GAD typically anticipate disaster, and are overly concerned about everyday matters such as healthissues, money, death,family problems, friendship problems, interpersonal relationship problems, or work difficulties.Individuals often exhibit a variety of physical symptoms, including fatigue, fidgeting, headaches, nausea, numbness in hands and feet,muscle tension, muscle aches, difficulty swallowing, bouts of difficulty breathing, difficulty concentrating, trembling, twitching, irritability, agitation, sweating, restlessness, insomnia, hot flashes, and rashes and inability to fully control the anxiety. These symptoms must be consistent and ongoing, persisting at least six months, for a formal diagnosis of GAD to be introduced.

Amental state of altered mood characterized by feelings of sadness, despair, and discouragement.depres´sive.

Is an anxiety disorder characterized by intrusive thoughts that produce uneasiness, apprehension, fear or worry (obsessions), repetitive behaviors aimed at reducing the associated anxiety (compulsions), or a combination of such obsessions and compulsions. Symptoms of the disorder include excessive washing or cleaning, repeated checking, extreme hoarding, preoccupation with sexual, violent or religious thoughts, relationship-related obsessions, aversion to particular numbers and nervous rituals such as opening and closing a door a certain number of times before entering or leaving a room. These symptoms can be alienating and time-consuming, and often cause severe emotional and financial distress. The acts of those who have OCD may appear paranoid and potentially psychotic. However, OCD sufferers generally recognize their obsessions and compulsions as irrational and may become further distressed by this realization.

An anxiety disorder characterized by extreme and irrational fear of simple things or social situations; “phobic disorder is a general term for all phobias.

An extreme or irrational fear of or aversion to something.

What  can I contribute for the transformation of the  Philippines

“The youth are the hope of our motherland”,that’s the words that came out from the great mind and mouth of Dr. JOse Rizal.It only show that we the new generation of  youth must act or must make a move to make a change, to promote equality ,to strengthen our human rights and of course to put in our mind that we’re all doing this for the sake of our beloved country, the Philippines.

As of now,seeing the youth of today,I can say that there still a chance for that very phrase to be true and to be acted by the youth of of today in order to make a transformation in the Philippines. I know inside my heart we have still those youth who are willing to give their best,their talents in different field,great ideas to innovate new great  things as contribution to the total transformation of the Philippines.And apparently I’m one of them.Like those youth who stand before that phrase , I also want to be part of that transformation not just because of fun but because it’s our motherland that needs us the most. Even in our very little thing we can still be part of that transformation just make it sure that what you did are good and you won’t hesitate to do it because of motherland, it all counts.In connection of me, I do really love writing,blogging and everything that involves letters,words,stuffs and beautiful ideas ,there i found my freedom and then I Came out into a great realization that by enhancing my talent in writing I can use it as a sword or just a matter of way to help motherland against invader just like what Rizal did, he used his pen as his swords and yeah.. it’s mightier than the real; swords and maybe by that I can say that, that would be my contribution for the transformation of the Philippines, and of course i will also set into my mind that I used to write because of my country the Philippines not for the fame.

I am not supposed to go that way,
But still i did it anyway..
We’ve crossed our path
Have eye to eye contact.
He suddenly pulled me up,
Near on his body then he dance.
I never know what to do?
Except to let go..
But his arms were soo  strong
To stop me from doing scape
Added by the arms of his classmates
That were also strong,
That  brought me to my knees.
I tried to fight but i’m weak,
Can’t defeat them up in my own strength.
But then i still tried,
Til’ i able to get off from his arms and crowd!!!

It’s now 5:00 PM.And my mind still confused of those words that came out from his vocal chord.A knife like words, that if heard would surely hurt your inner most.But despite of those hurtful thoughts I’m still at his side,trying to forget all of those,believing that someday he straightly look at me and say words he unusually say…Maybe this is a wishful thinking and probably a mindless dreaming but if he swears to love me again I also swear to love him back again and again.:)..♥♥

Error: Twitter did not respond. Please wait a few minutes and refresh this page.

Take a look once more. 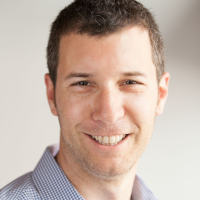 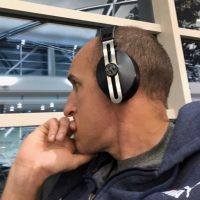 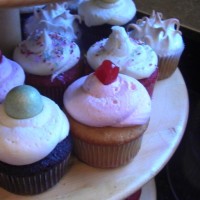 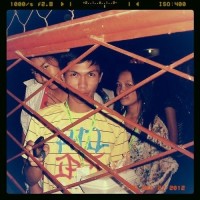 Inspiring You To Make A Positive Change In Your Life

all about the Partnerships

Traffic is the main problem of the Philippines

I don't explain. I describe.

I'm writing to express not to impress.I love writing songs about my adventures and misadventure.

A Pocket of Words

This is my life, in words.

Find the perfect theme for your blog.